What is honeydew and why is it healthy? 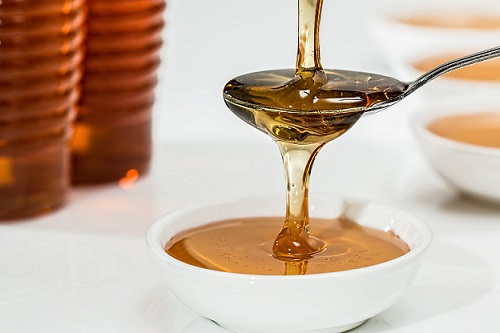 Honeydew is very specific bee product. It is usually produced from leaves on forest trees, not from blossom nectar, and because of that it has different structure compared the other types of honey. You wonder how it is produced and what is actually honeydew? Here is the answer.

How is honeydew produced?

In the period from June to the beginning of September, honeydew appears on the needles of pine or on leaves of forest trees – oak, willow, linden, ash or hornbeam. Insects help produce a honeydew in a way that they dry out herbal juices from the leaves and trees and keep the proteins for themselves, but reject the sugar components from juice. The bee collects those sweet components and make a honeydew in their hives.

The Bees are collecting honeydew drops which then they process in honey with darker colour and expressed densities. The chemical and nutritional structure of honeydew is somewhat different compared to the honey made from blossom nectar. It’s very rare, especially the one that is collected from the oak, because this decidiuos tree gives honey every 3rd to 4rd year.

Characterized by high proportion of minerals, especially iron, copper and manganese, honeydew also contains more antioxidants and amino acids than other honey products. In addition, it distinguishes itself with the number of enzyme and other nutrients it contains. Honeydew is also the most digestible because of its sugar components – it contains a higher proportion of sucrose, but has glucose and fructose in smaller quantities.

Honeydew, also known as forest honey, is very healthy and can be used for cleansing the body. It is beneficial for the respiratory system, especially is good for persistent coughing.

In tradditional  medicine it is known for its exceptional effect on digestive disorder, so if you have constipation be sure that regular use of honeydew honey will make easier these problems. It’s a great ally in the strengthening of the immunity, and deeply recommended in everyday nutrition.

The way of use

Honeydew Zlato u tegli is coming from Srem area;  Mostly it is willow honeydew. It’s completely natural, without any artificial additives. It has intensive, but pleasant flavour. The taste is medium strong, sweet, with a mild note of vanilla. It crystallizes, as it doesn’t contain pollen. Everyday use of one or up to two spoons of this product will contribute to build a healthier and stronger body.